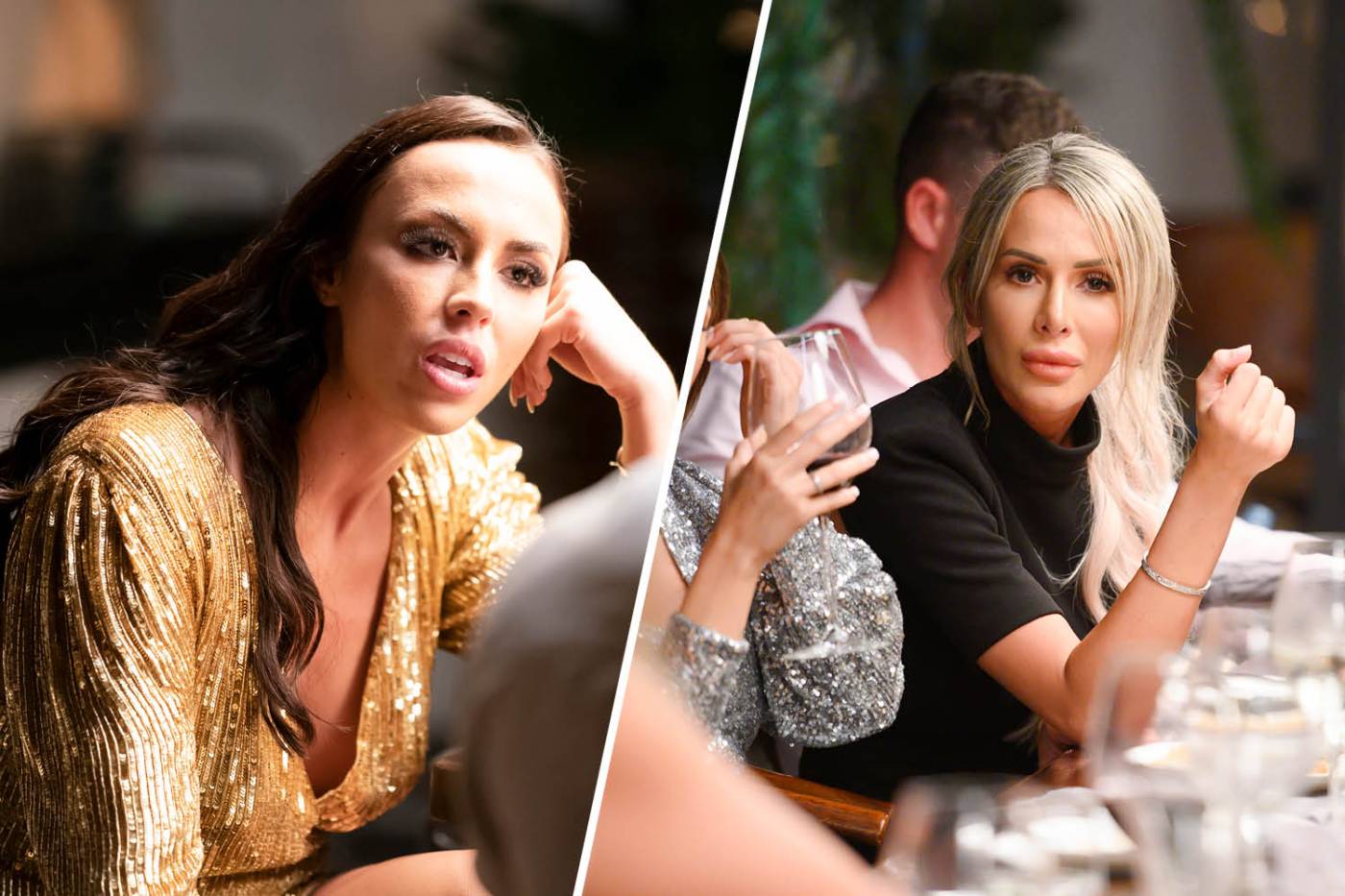 The final vows and dinner party saw love blossom, couples crumble and a marriage hanging on by a thread.

The ninth week of Married At First Sight showcased the five remaining couples final vows, before another cheating scandal headlined the explosive final dinner party of the season.

The first episode of the week showcased three of the remaining couples’ final vows. Stacey and Michael as well as KC and Drew pledged their commitment to continuing their relationships in the real world, while Connie and Jonnie walked away hand in hand ‘as friends’.

Jonnie made his position very clear, having previously revealed he can’t see a future with her. He still said he is happy they have built a good friendship despite their romance never blossoming. He was extremely supportive during Connie’s empowering speech, in which she explained how she is thankful for his role in her ‘finding herself’. I found it weird how the first thing he said to her was “damn you look sexy” but it was nice of him to support her. Connie revealed that despite this being the end of her journey, it was only the start of hers. It was nice to see how confident she was, considering how far she has come after what has been a challenging experiment.

Stacey admitted the decison was up to her regarding whether or not she could see a future with Michael. After seeking advice from her friend, Stacey concerns grew. Her friend believed that he will fall back in to his old ways when he moves to Melbourne. Despite all of her concerns, she did not let it stop her loving Michael and the pair remained committed to their relationship (for the moment). Drew was still worried about KC being materialistic and their completely different lifestyles, admitting he is not yet willing to move. He decided to give the relationship a crack in the outside world, making KC happy after she missed him and revealed she is falling for him.

The remaining two couples’ final vows in this episode saw Lizzie get her fairytale finish to the experiment and commit to working on her relationship with Seb in the outside world. It also saw Mishel put Steve in his place, deciding to leave the experiment separately.

Lizzie decided to put her concerns aside and commit to a relationship with Seb. Throughout the episode, Lizzie often mentioned her worries that she can’t let him in and is scared he is wrapped up in the experiment. Despite her parents raising red flags, they backed Lizzie to make the choice on her own. It was quite frustrating how many times Lizzie’s concerns were raised, but it was worth it as we got to see the pair genuinely happy after their final vows.

As for Steve and Mishel, they didn’t find the ‘happily ever after’ they were looking for. During the couple’s time apart, Mishel realised she has been “living in a bubble” and has lost who she is because “he is so dominating”. After talking about all her problems she felt clear and knews what she needed. As for Steve, he was still off in ‘la la land’, oblivious to the fact anything was wrong. While Steve was confident of their relationship continuing, Mishel was the one oozing confidence coming into their final vows. She gave it to Steve in what was my favourite moment of the series. Steve, you have wasted my time … Goodbye Steve.” Steve shook his head in disbelief at everything Mishel claimed, puzzled as to why she felt this way. Mishel on the other hand walked out a free woman, with Steve left to ponder what he could have done differently.

This is where it got interesting. Episode three took us six weeks forward since the end of the experiment and ahead of the final dinner party with all the couples from the season. Before unpacking the evening, where Natasha exposed Stacey for having “the fakest relationship in Australian Reality Televison history” and Mikey admitted to sleeping with Stacey, I want to recap what we learned about all the contestants coming into the dinner party.

And that was the only the beginning of the episode … and the drama.

Heading into the evening’s dinner party, the couples questioned whether Aleks and Ivan would turn up. The group were in for a shock when the couple returned together (yet not ‘together’). The rest of the former couples all greeted each other and some greetings were more awkward than others. The former couple that took the experts and myself by surpise was Hayley and David, with the pair surprisingly civil. Natasha got over her bad blood with Mikey and decided to support each other to expose Stacey, who entered the party united with Michael.

By the end of the evening, Michael was left obviously questioning his relationship with Stacey, after an alleged affair was bought up by Natasha. Despite Mikey, Hayley and Natasha’s strong evidence, along with Ivan and Aleks revealing Mikey’s clothes were dropped to their apartment, Stacey still plead her innocence. I don’t understand how Stacey defended herself when Mikey had messages proving they were hiding their night out together. The evidence continued to pile up against Stacey the entire night, with Stacey laughing off the accusations and leaving more questions than answers. This was another ‘he said, she said’ situation, leaving the group and the rest of Australia to choose their side. While it is still unclear whether it is true or not, I can’t help but think Stacey is lying despite no complete ‘hard evidence’.

Michael admitted he could “feel the shoe on the other foot”, saying he would forgive Stacey if it did happen but won’t if she is lying. He was definitely upset, but I can’t help but feel he deserves it after his alleged kiss with Hayley and how that was handled. It is worth going back and re-watching the entire dinner party to pick up on parts easily missed. I definitely struggled to figure out what was going on when I first watched it due to the fast-paced and frantic nature of the episode.

This Week’s Hot And Not Couple

Each week, I will pick which couple is flying high and the couple that has had the most trouble.

The only remaining couple at the end of the experiment that look solid (not that there is any competiton). Despite all of Lizzie’s concerns, this couple have proven throughout the series that they are the best couple in the experiment.

Not: Stacey and Michael

The other remaining couple at the end of the experiment that doesn’t look solid. Despite coming into the dinner party labelling themselves “the strongest couple,” they left with their relationship in tatters. While KC and Drew called it quits before attending the dinner party, this couple look doomed after another cheating scandal has threatened to end them. If Stacey can prove to Michael she is innocent, it will be a miracle. If both Stacey and Michael’s cheating scandals prove to be true, they really do deserve each other.

Sunday night will hold all the contestants to account, with the experts unpacking the dinner party and reflecting will all MAFS couples on the experiment. Hopefully the experts can uncover the truth about Stacey and Mikey’s alleged one-night stand in the the final episode of MAFS for this season.

Married At First Sight‘s final episode is on Sunday night at 7pm on Channel 9!